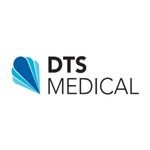 What can you use a Triangle Sling or Bandage for?

Us as a Soft Splint (such as a figure-eight application on a wrist or binding a head wound) as an Anatomical Splint (Binding one body part to another) a Sling (hence the name)Considered one of the most versatile bandages, a triangular bandage is usually made out of muslin cloth.

Triangular bandages are used for maintaining compression or poultices on a head wound. They may be used for keeping body parts, such as shoulders, stationary during the healing process as well. Chest wound dressings may be kept in place with triangular bandages, too. Splinting broken bones, holding gauze in place, and stopping or preventing bleeding are other uses. Because of all of these uses and potentially more, a triangular bandage is considered a staple in most first aid kits.

Folded as a thick rectangle of cloth, the cravat can be placed over a large wound. In this case, it functions like a trauma pad, absorbing blood and helping to stop bleeding.
One folded can be used as a trauma pad, and a second can be used to wrap the wound and trauma pad. In this usage, it functions like the first-aid tape, to hold the trauma pad in place. If a victim has an injured arm, a triangular bandage can be used as a sling, to support the arm in a bent position over the chest. A second (folded as a long band) can be used around the torso as a swathe, to immobilize the arm against the chest. This technique is called a sling and swathe. Dedicated sling and swathe kits are available for purchase. But the advantage of the triangular bandage is that a few compact bandages serve multiple purposes. This allows a smaller first aid kit to do more. If a victim has a broken leg, the leg can be immobilized with a blanket between the legs and a couple of “Tri’s” to tie the legs together, firmly but not so tight as to restrict circulation. In the case of a head wound, a triangular bandage can be wrapped over the forehead and around the top of the head to cover the wound. Do not use bandages over the eyes, nose, or mouth. Do not use bandages of any kind around the neck, because you might restrict circulation to the head. Also known as a cravat bandage, a triangular bandage is a piece of cloth put into a right-angled triangle, and often provided with safety pins to secure it in place. It can be used fully unrolled as a sling, folded as a normal bandage, or for specialized applications, as on the head. One advantage of this type of bandage is that it can be makeshift and made from a fabric scrap or a piece of a t-shirt. The Boy Scouts popularized the use of this bandage in many of their first aid lessons, as a part of the uniform is a “neckerchief” that can easily be folded to form a cravat.

Exactly what was needed

Have yet to use these bandages, but they look good and am glad I have them in my supplies.

Sorry all, we seem to be having some real world issues with the internet, our techs are onto it, but it does seem bigger than just our website at the moment.If you have a urgent order you can message us here or email orders@ktservices.nz ... See MoreSee Less

We have had a few emails asking if we have any black Friday specials going.Easy answer is "sorry no we don't"A few reasons:We try and have everyday low prices so you can buy items as and when needed, this not putting financial strain on you when the sales periods are on.We don't really buy into the whole commercial market of putting our products in your face at low prices just because someone died, something got blown up, or some other none reavent thing.We do have 2 monthly newsletters that go out, these promote new products, updates, and some specials that often run for the month, if you would like these head over to the website and sign up.Thanks for all your on going custom and feel free to share to friends and family. ... See MoreSee Less

🌟 🌟 🌟 🌟 🌟 5 Ruth Well, we haven't needed to use it yet. But it is a real comfort to know we have it on hand as we live rurally and never know when we or our dog may be injured.https://www.ktservices.nz/advanced-medical/celox-gauze-pad/ ... See MoreSee Less 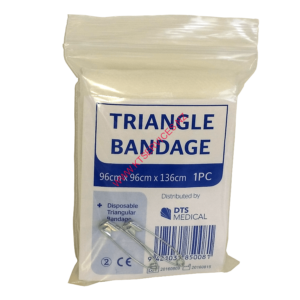